I can’t believe that I’m already doing a ‘New from Airfix 2022’ post, as the previous years post does not feel like it was a year ago when I wrote it.

This post is written from a purely Cold War perspective. I’ll talk about the relevant kits. If you want to see the whole range of releases the video below should help.

Interestingly, the Sea Harrier FRS.1 in 1/72, which is mentioned in the video, is not on the Airfix site as a new release for 2022??

Great to see that Airfix are continuing to bring out kits for the younger modelers and not just catering for us older builders.

I’m currently (January 2022), just getting to the end of building my first 1/48 scale aircraft kit, the Airfix 1/48 de Havilland Chipmunk. I’ve really enjoyed building the Chipmunk. So when I saw that Airfix have introduced the Buccaneer in 1/48, you can imagine how pleased I was.

There has been quite a debate on the internet about the price. But unfortunately I think we are in a period where most things in life are costing more. This will certainly be on my wish list, especially when Airfix release an RAF version.

You can find out more about this kit over on the Airfix site.

Again, mumbles on the internet about the price. But what can you do, I’m just thankful that Airfix are continuing to produce new kits, especially for the Cod War era.

Details for this kit on the Airfix site.

What I’m going to say next will probably sound sacrilegious, but the ‘V’ force aircraft don’t really do anything for me. Don’t get me wrong, it’s great that Airfix now have all 3 in their range. But my excitement level is at a kind of ‘meh’.

However as the old saying goes “never say never”.

Details for this kit can be found on the Airfix site.

Ooh a late mark Spitfire, as with the 1/72 Meteor F.8, my plan to move to 1/48 may be put on hold! I find the post war Spitfires quite fascinating. I’m sure this one will end up in my stash.

Details on the Airfix site.

Another good choice by Airfix. Like the ‘V’ bombers, the Lighting is a big favourite of British model makers.

Yes my excitement level for this one is much more than just a ‘meh’. probably one that will eventually make it’s way on to my stash.

Find out more over on the Airfix site.

Can’t beat a good Korean war vintage aircraft. I did build the Airfix P-51D as a USAF F-51D and a SAAF F-51D a few years back.

That won’t stop me from wanting to get this one in my collection. Especially as it features ROK markings. When I built the 2 Mustangs featured above, I was very disappointed with the decals from Print Scale. The ROK insignia was a mess, and the decals very difficult to use.

So with Airfix using Cartograf, I have high hopes for this kit. One I think I’ll certainly be building.

More details on the Airfix site.

Both schemes look fantastic, it’s 1/48 and will go very well with the other early Cold War jets that Airfix have produced.

One that will certainly be on my wish list for inclusion in my stash. But which scheme to do first?

To find out more, visit the Airfix site.

I did write a couple of blog posts for my top 10 Vintage Classics wish list for aviation and AFV/Figures, sadly none of them have been re-released.

But not all is lost, Airfix have released some corkers, and to be honest I’d probably be quite happy to build all the 1/72 aircraft. In fact the F-80C and Beagle Basset 206 are looking quite tempting.

The Whirlwind, I suspect will be quite old compared to what Italeri have in their helicopter range.

The Beaver is one I would be happy to have in my stash, just not an urgent buy at the moment.

Moving on to the 1/24 Harrier GR1, I’m torn on this one. £100 is a lot to spend on a very old (1974) kit. But it is such an iconic aircraft and in a great scale. If I did buy this, it would have to be for a long term project, so that it could be detailed to a level that would make it worth while building

The last 2 from the Vintage range are ships, HMS Fearless and HMS Devonshire. I’ve been toying with the idea of building a ship. The price range looks reasonable, so maybe a diorama featuring both ships could be on the cards. 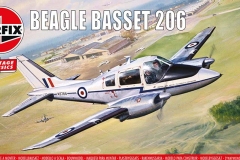 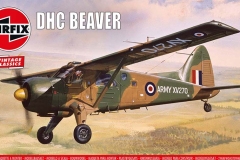 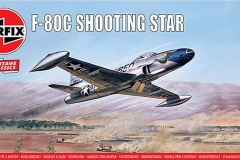 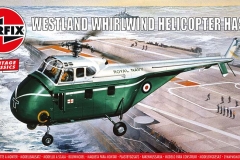 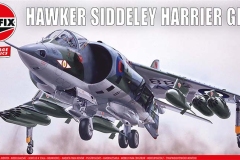 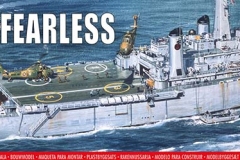 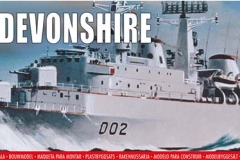 Overall I’m quite happy with what Airfix have released for 2022, new and re-releases. Maybe it’s because it’s fallen with my new found interest in 1/48 scale?

Also I’m noting that I seem to be drawn to early Cold War aviation. Maybe it’s transition from props to jets that I find interesting?

It will be interesting to see which kits I pick up in 2022. I suspect not too many with the current way the world economy is working at the moment and prices going up. Maybe it will be more Vintage Classics than Brand New for me in 2022?