This Airfix 1/72 P-51D Mustang was one of the pair I purchased from Aldi (see previous blog post SAAF F-51D). This kit was built alongside the SAAF version.

Decals came from the same sheet as the SAAF decals. As mentioned before, I was a little disapointed with the Print Scale decals.

The decals are very thin, which is useful as they look good once applied. But boy were they a pain to use! They fold at the drop of a hat. Sadly a couple could not be used as they just curled up in to a ball!

The registration/line up of the USA ‘bars and stars’ was out. I had to purchase some extras from MicroScale decals.

It is a shame about the decals, as Print Scale do some very interesting sets. However I personally will not be buying them again.

I still have a couple of options left on the sheet I purchased (72-300), which I will attempt to use in another build, especially the RAAF version.

The actual build of the Airfix 1/72 P-51D Mustang kit (A68208) was quite easy, no real issues to name. The under carriage seems a little fragile, but this seems to be the case with most smaller 1/72 kits. 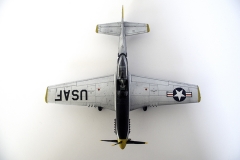 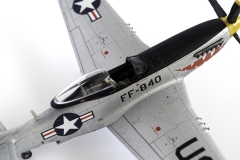 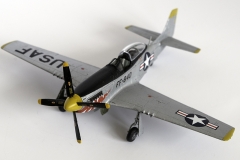 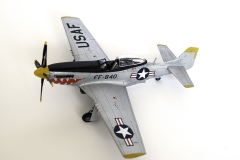 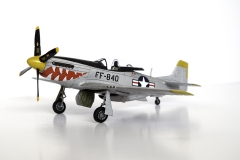 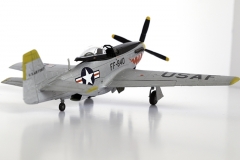 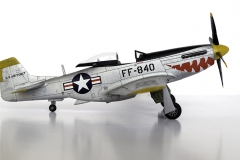 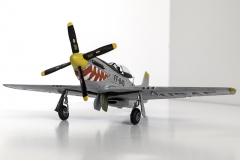