Aquired the Airfix 1/72 de Havilland Vampire T.11 as a Christmas gift one year, so has been sat in my stash for a while.

Another one built straight out of the box, but with the addition of some decals from the Xtradecl set “de Havilland Vampire T.55 Pt.1 X72173”.

So the scheme I went for is a Vampire J-28C-3 from the F5 squadron, Royal Swedish Air Force at Ljunbyhed, August 1967. The Xtradecal sheet contains markings for a Olive Green Swedish version. However I liked the high speed silver scheme.

Also on that sheet, there are markings’ for an Austrian, RAF, RNZAF, RAAF and South African Vampires. So plenty of choice for when I build some more.

Anyway, on with the build…

The attractive box art, with a very interesting RAF scheme.

However from what I have read, the dayglow decals supplied in the kit are very thick and take some work to get to sit as expected.

Kit contents, well the plastic parts anyway. Not too many parts, so should be quite a quick build.

Various bits and bobs built and painted, plus a bit of a wash added in some areas.

Interesting note about the Swedish Vampire’s, they were not fitted with ejection seats!

One thing to note about this kit, is that you have to attach the landing gear legs during the build, and not after, which you can do with most builds.

Yes you guessed at, towards the end, one of the legs got snapped off.

Top half primed and pre-shaded.

Silver airbrushed on, in this instance Tamiya XF-16 Aluminium and a start made on the dayglow stripes. The stripes are a mixture of Hataka Luminous Orange (A194) and Hataka Signal Red (A276). These came from the Hataka Modern Royal Air Force Paint Set Vol.3. 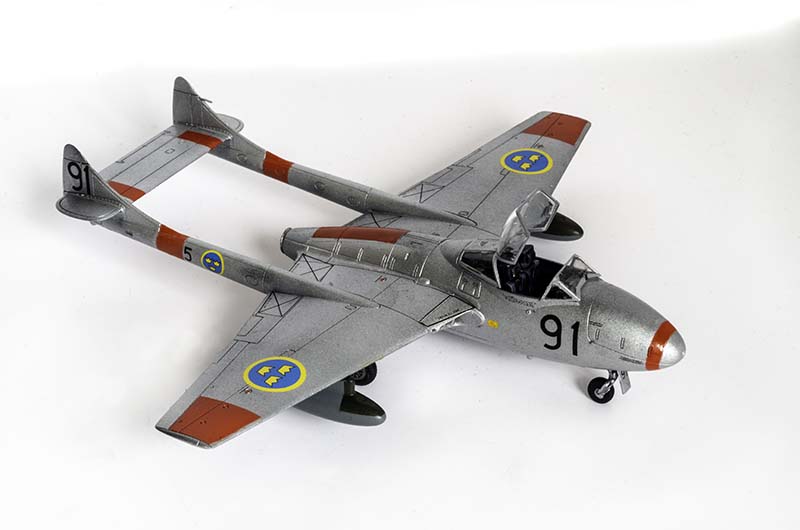 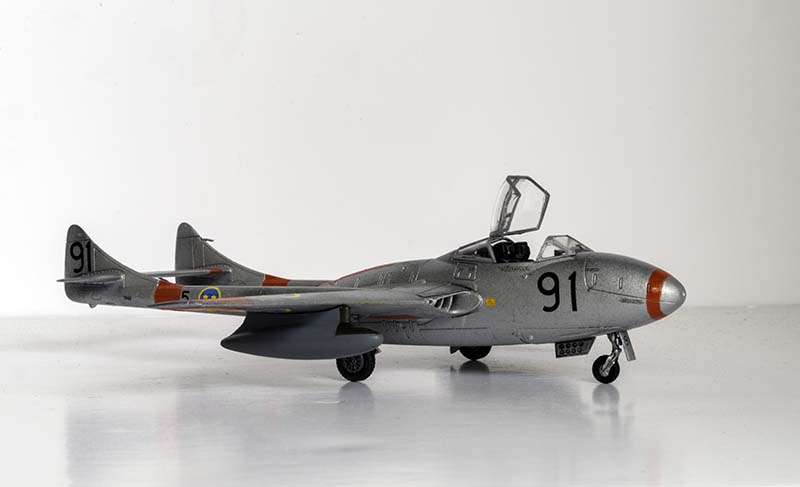 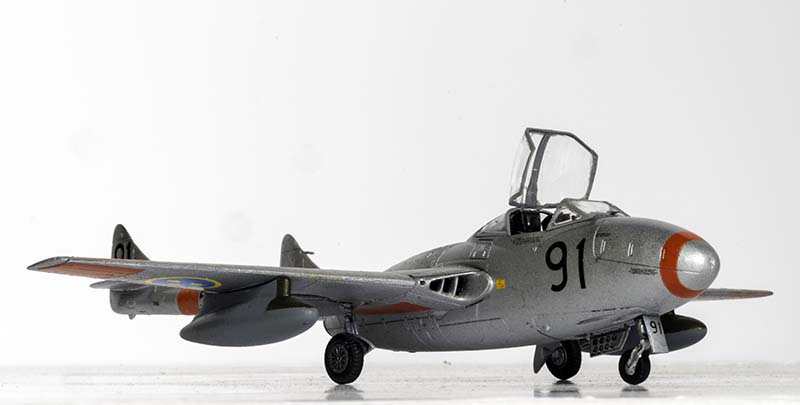 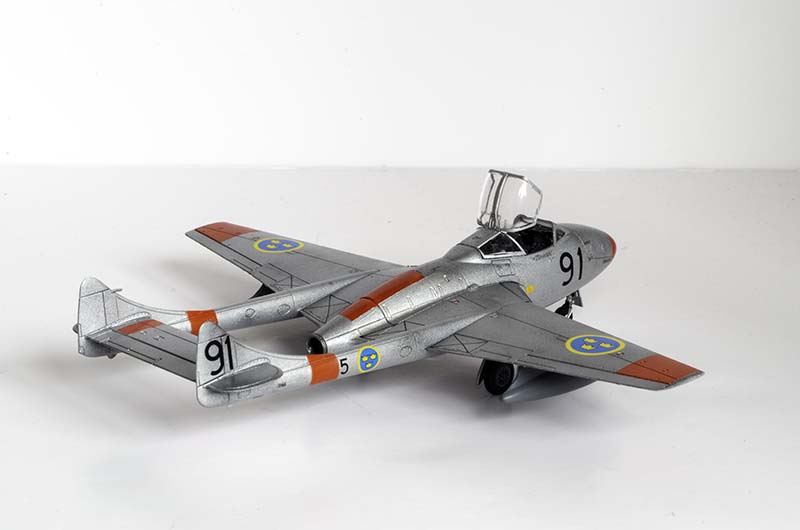 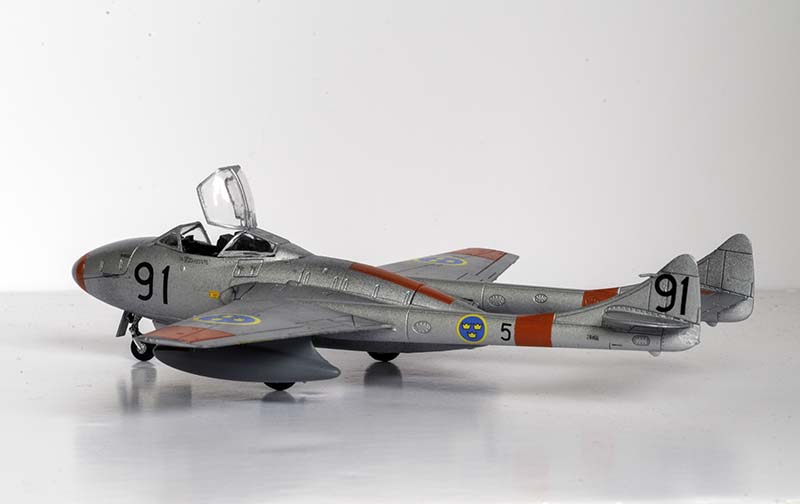 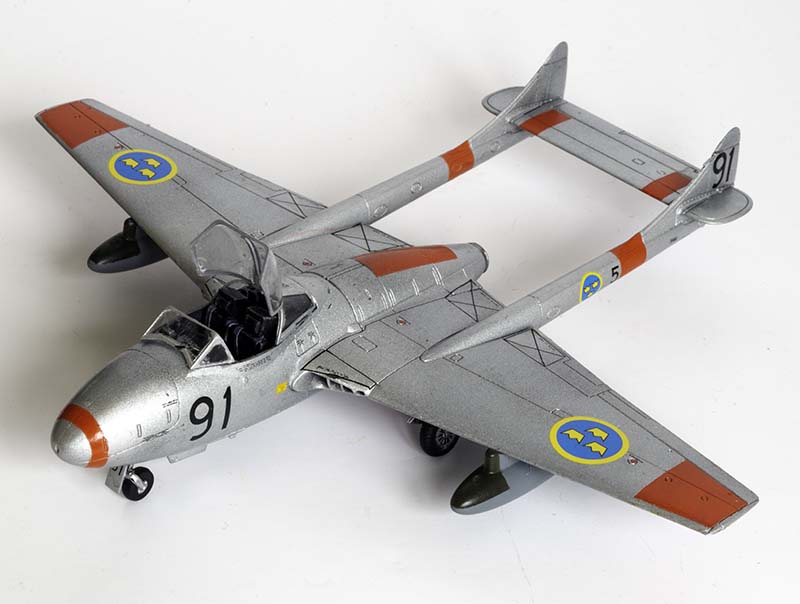 During this build I used a number of products, that you also may find useful. To start with, fillers are something every model maker requires. The 2 that I find the best are Vallejo Plastic Putty and Standard Milliput Yellow-Grey.

For masking I use Tamiya 10mm tape and Tamiya 3mm tape plus when reuired standard decorating tape.

I always, well nearly always, take some of the stickiness from the tape by sticking it to my trousers before applying to the models painted surface.