I have quite a few of these Airfix 1:72 Jet Provost T.4 kits in my stash. All purchased when Aldi were doing their Airfix promotions.

As I have a few of these kits, including a couple T.3’s it made sense to acquire some other decal options. In this case Xtradecal set ‘X72291 Hunting Jet Provost T.3/T.4/T.51/T.52’. This set contains 10 interesting and attractive schemes.

The kit was built straight out of the box.

The finish selected for this build was a T.52 from the South Arabian Air Force based at Khormaksar, Aden 1967.

Airfix’s typical and attractive box art of the T.4 in the Red Pelican finish.

Start with the usual work on the cockpit area. Useful that aircraft from this period had black interiors.

4 grams of weight added to the nose. This is just about enough to keep the JP from being a tail sitter.

Also note the attempt at dry brushing, which does not look to bad.

Joining the 2 fuselage halves. Having built this kit before, I was aware that the seam line on the nose is quite awkward to remove.

Wings on, the JP is starting to take shape. Using a mixture of Tamiya Extra Thin and Revell Contacta glues.

Seam line filling with Vallejo Putty, not the part of kit building that I enjoy. But I feel it is an important part to get right. Sadly I don’t always manage to get the seam lines as invisible as I would like.

Due to the sanding process to remove seam lines, some detail s lost. So I use Tamiya plastic scriber to re-scribe any panel lines etc., that have been removed or reduced.

The JP has now been primed, in this case with Vallejo Surface Primer. I’m quite happy with this primer, but may try some others when funds allow.

Just showing the scheme I decided to paint on the Xtradecal sheet and the Hataka paint set ‘RAF in Africa‘. I used the Hataka colours for the top camouflage scheme. I used the Light Aircraft Grey from the Hataka ‘Modern Royal Air Force Paint Set Vol.3‘ for the underside.

Next set of photos show the application of the camouflage scheme. I attempted a different method for spraying camouflage. I cut out masking tape in the shape of the camo and placed this direct on to the model.

In the past, I have tried the blue-tak/white-tak worm method, but found I wasn’t getting the results I wanted.

By just using the masking tape, it almost worked. I did not quite get the shapes at the right size. However, the finished result was more tidy than when trying the white-tak worm method.

On previous builds I have applied gloss varnish to the whole model ready for decal application.

However on this build, I just applied the varnish to the areas that would have a decal.

I also tried a different gloss varnish ion this build, Winsor and Newton Acrylic Gloss Varnish which I brush painted on.

The next two photos show the application of the decals. There were not many to add, so didn’t take long to do.

My next step was to give the whole model a coat of Winsor and Newton Acrylic Matt Varnish, expecting to hide the areas that had gloss varnish on them.

This didn’t work as well as expected, as it took a few coats (brushed on), to reduce the gloss.

Some of the more eagle eyed of you will notice that I painted the red and green navigation lights the wrong way around. I only noticed after I took the photos, this has now been corrected! 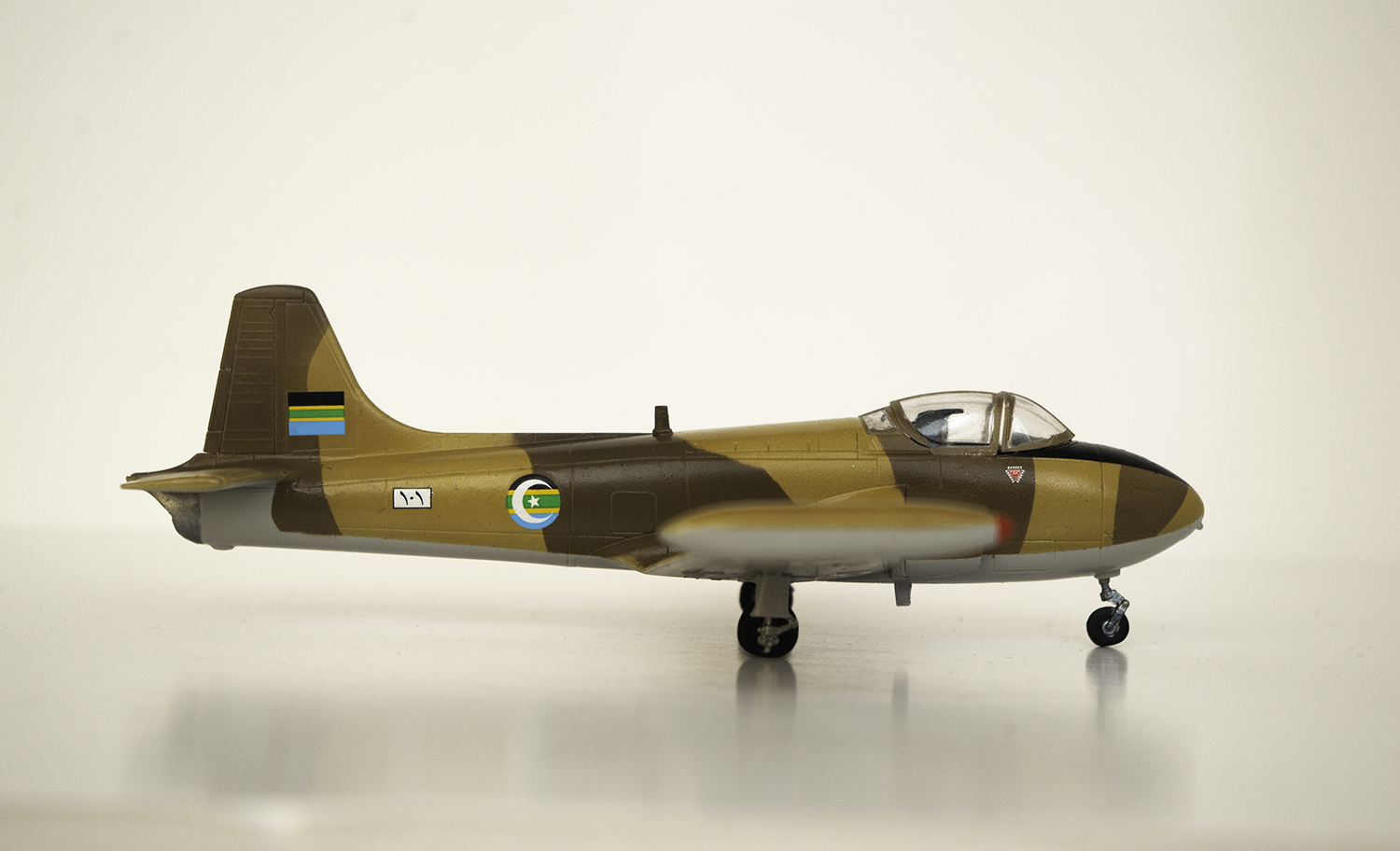 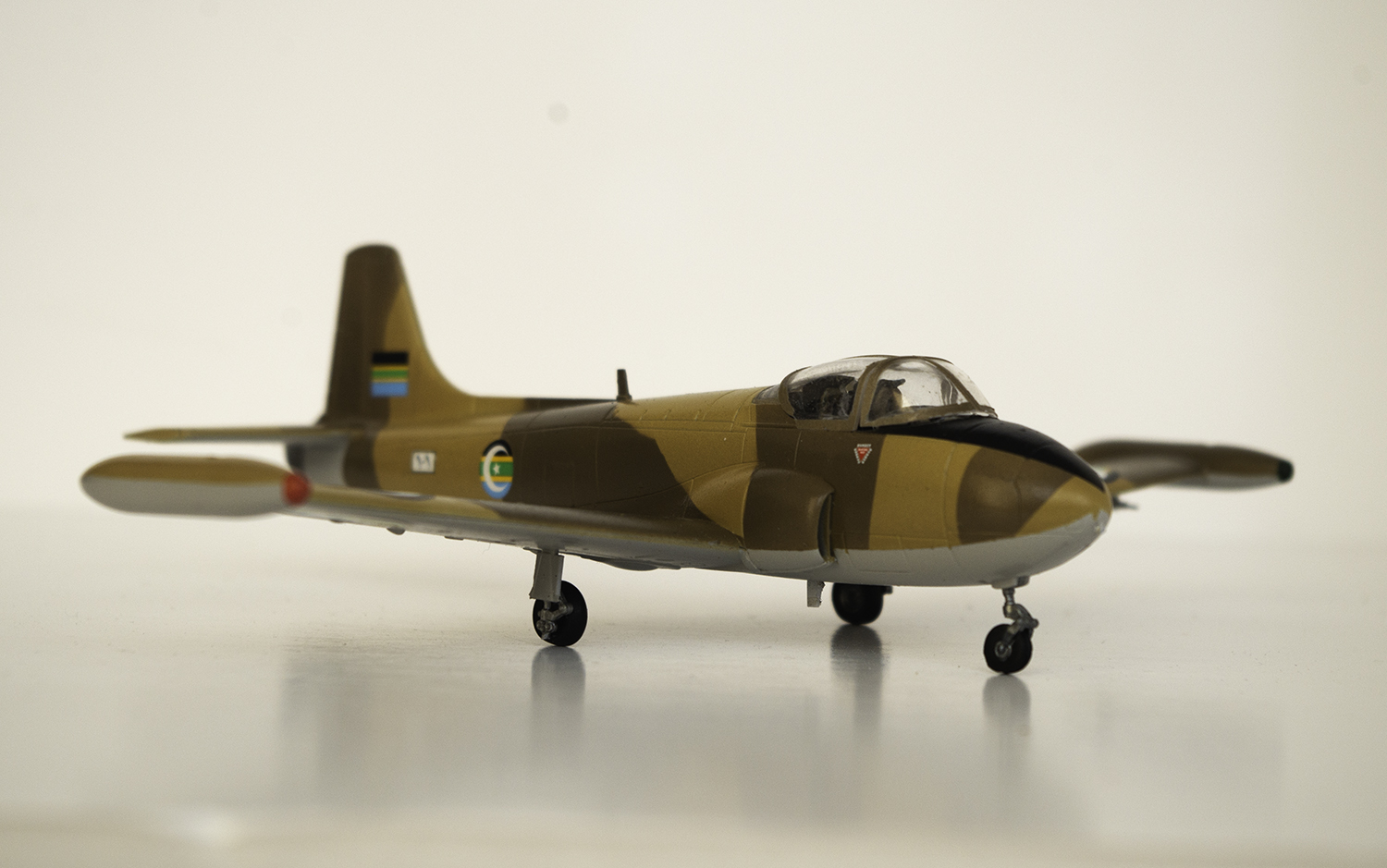 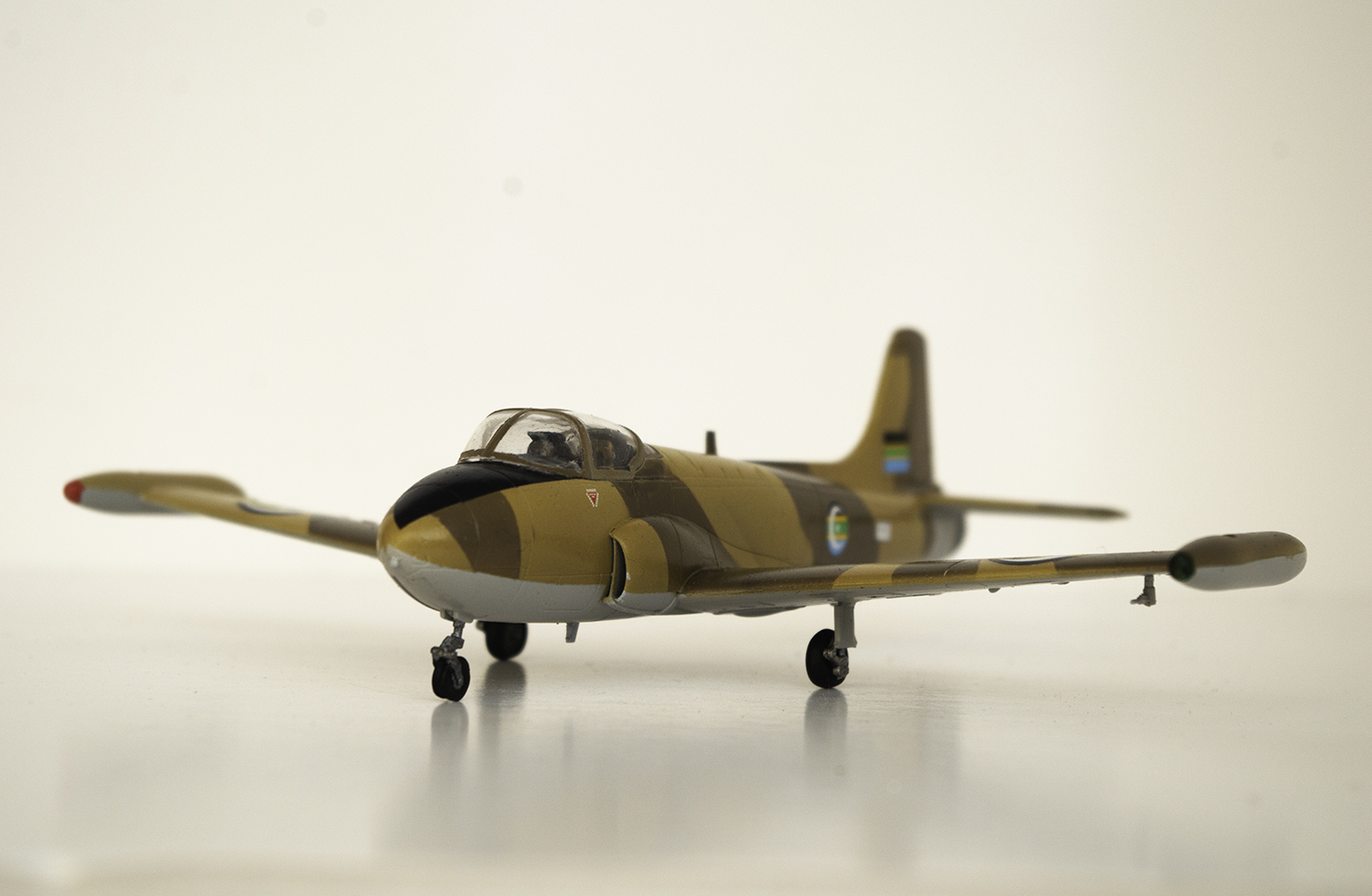 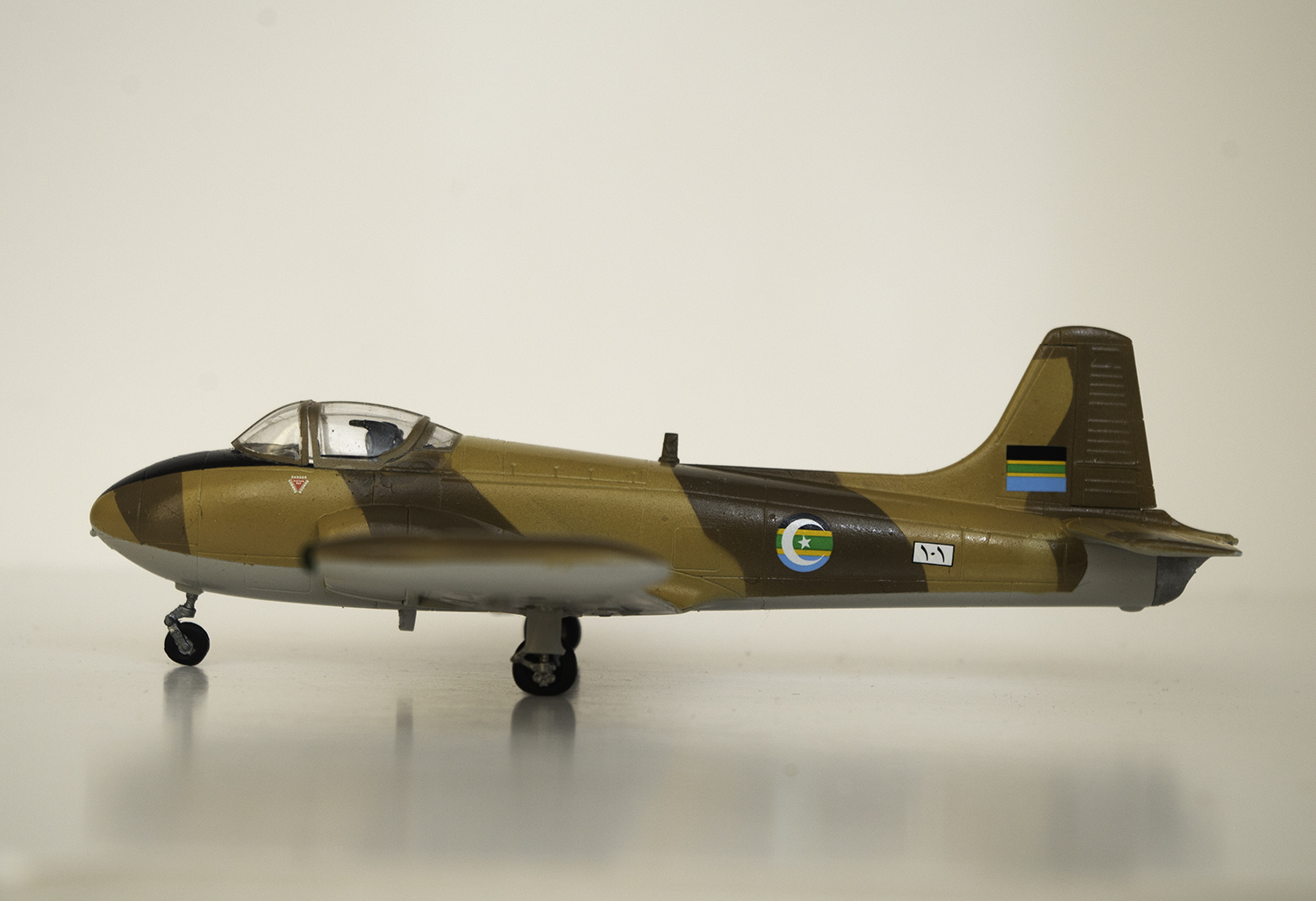 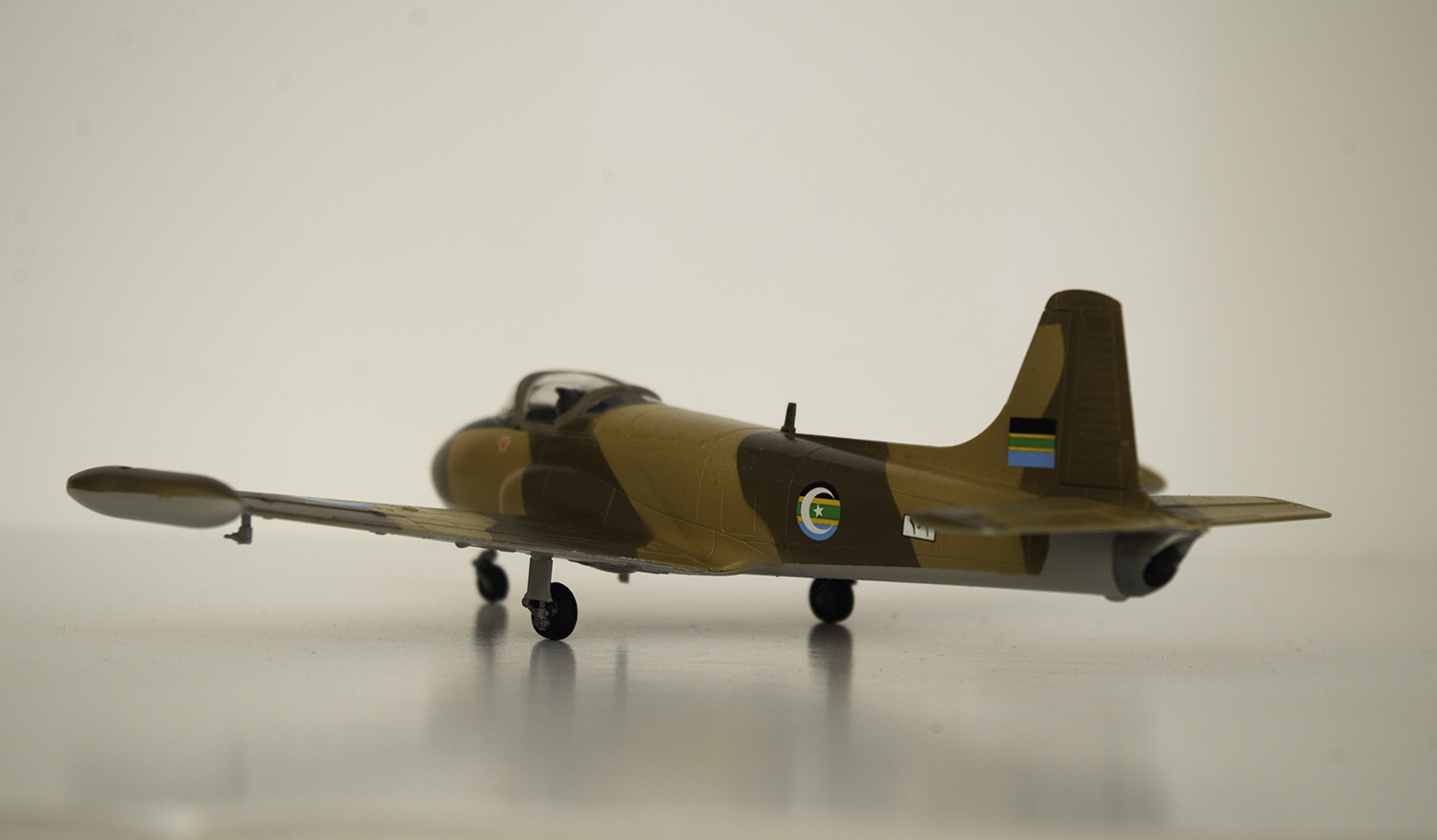 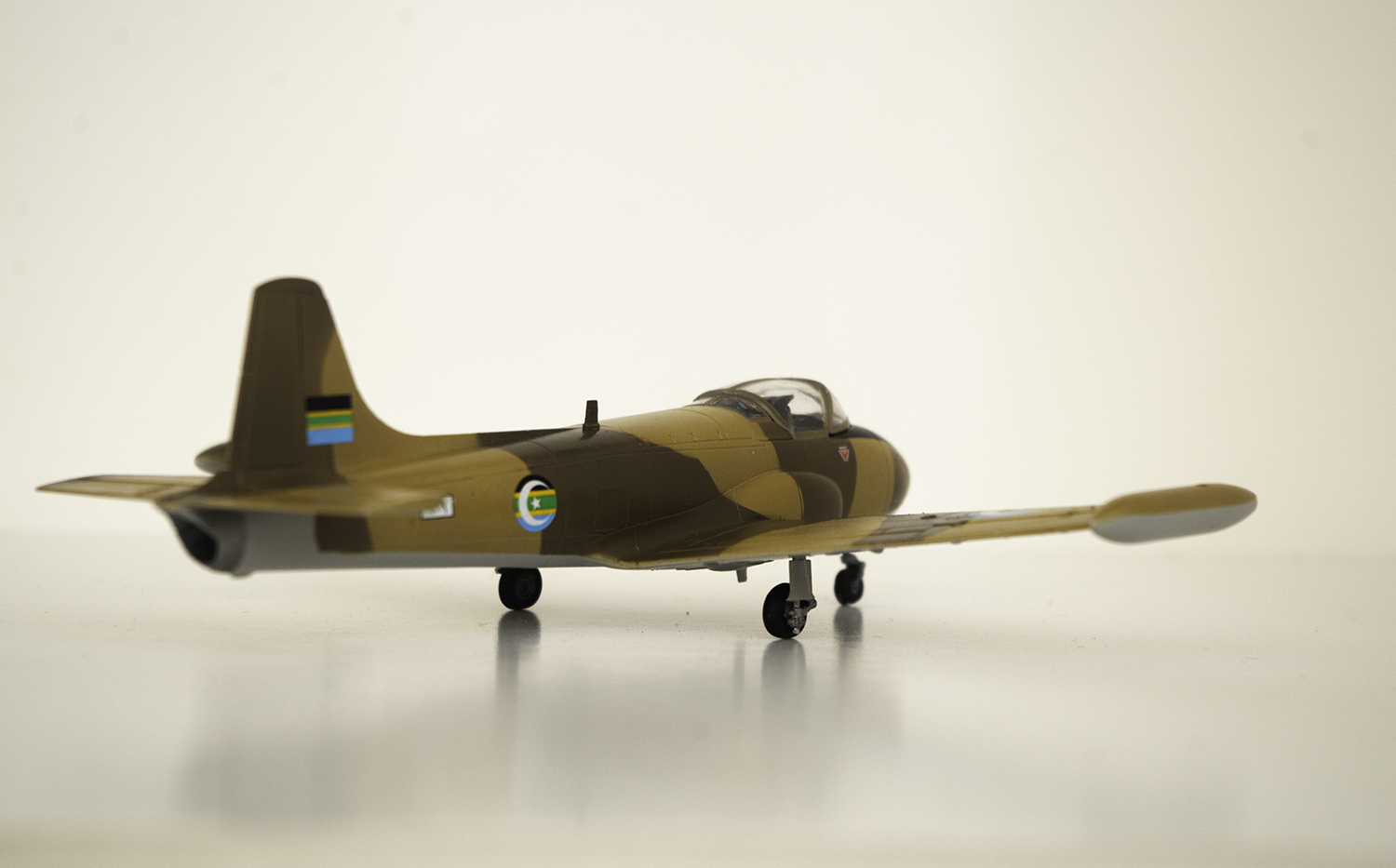 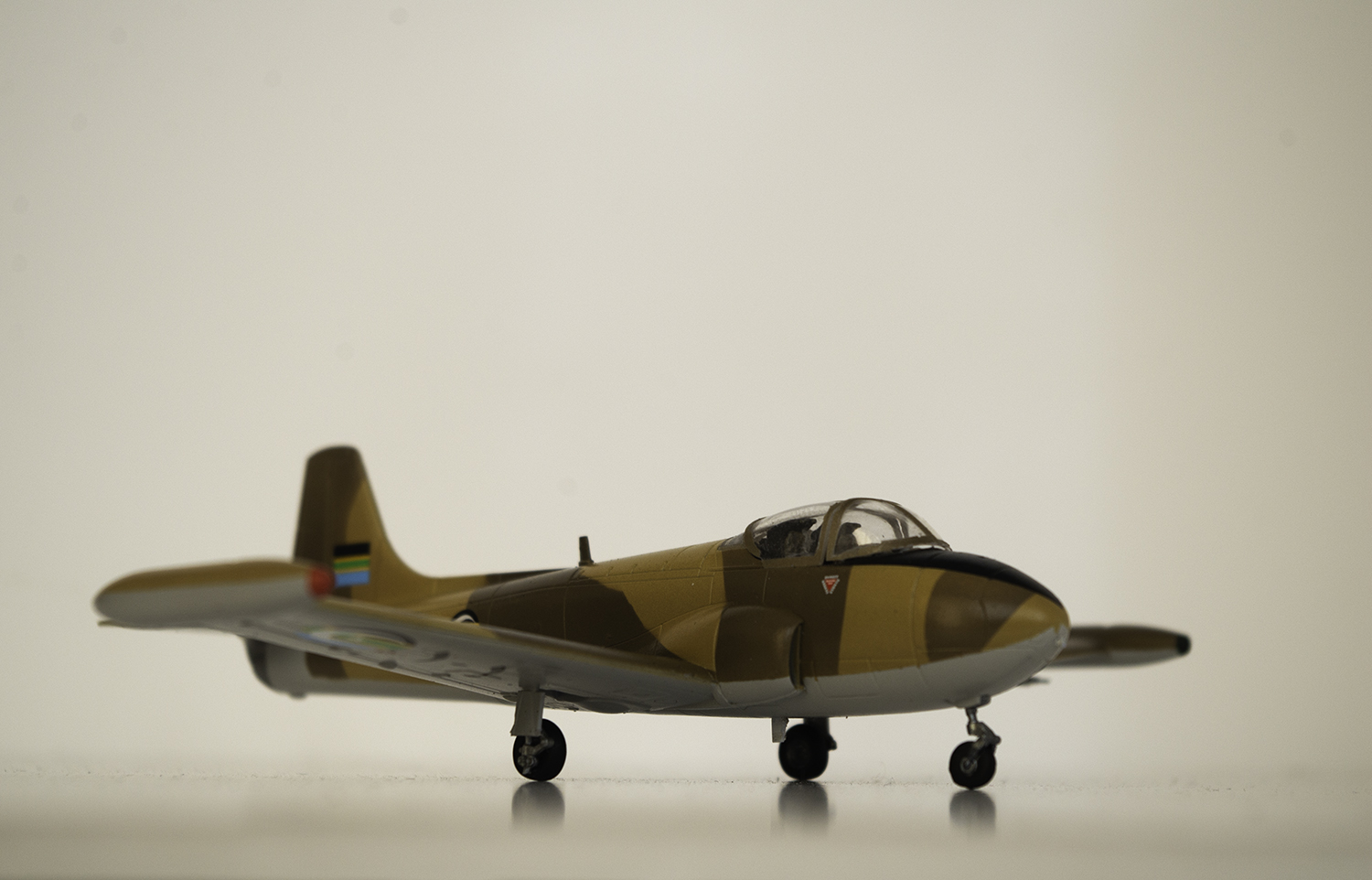 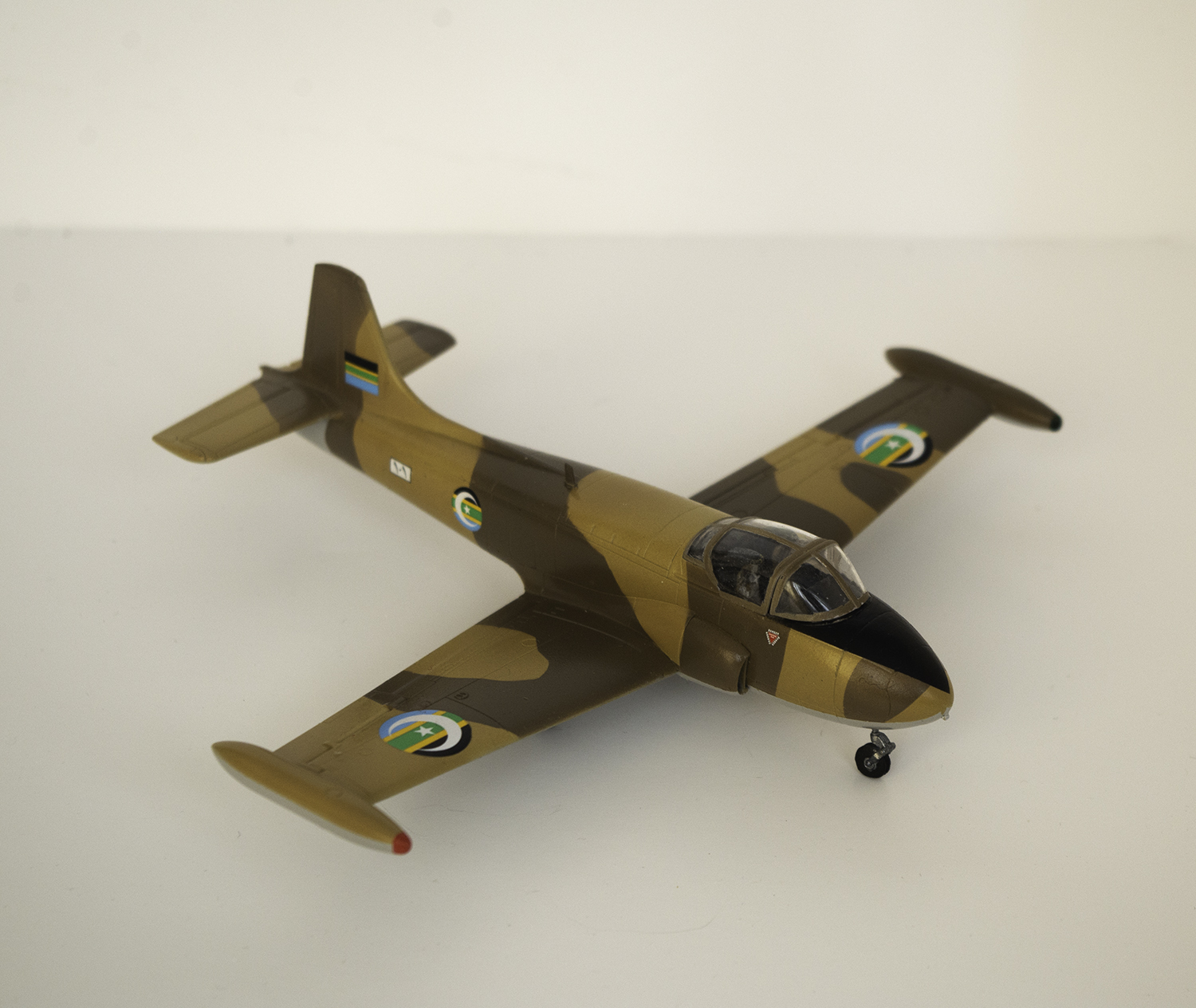 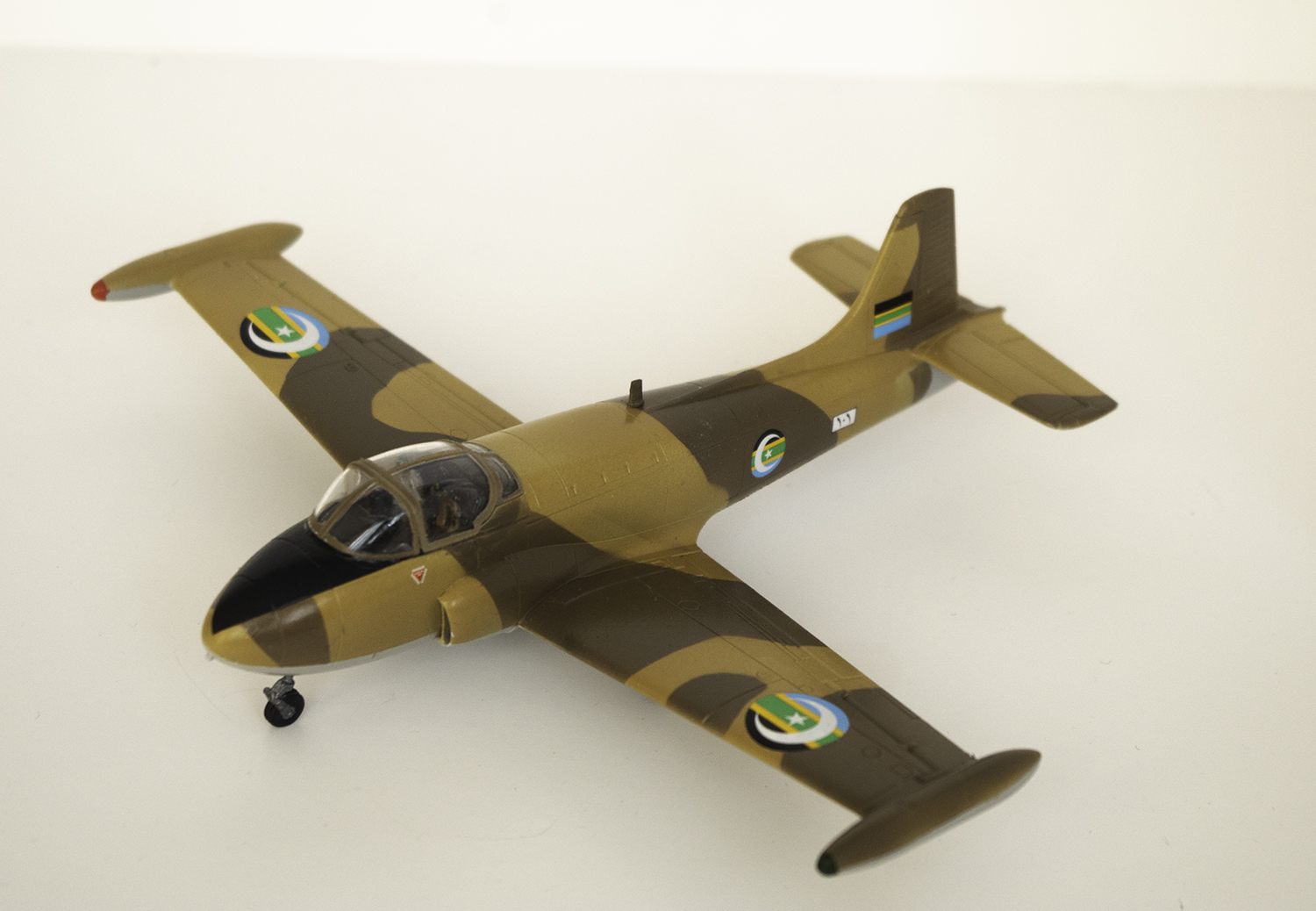 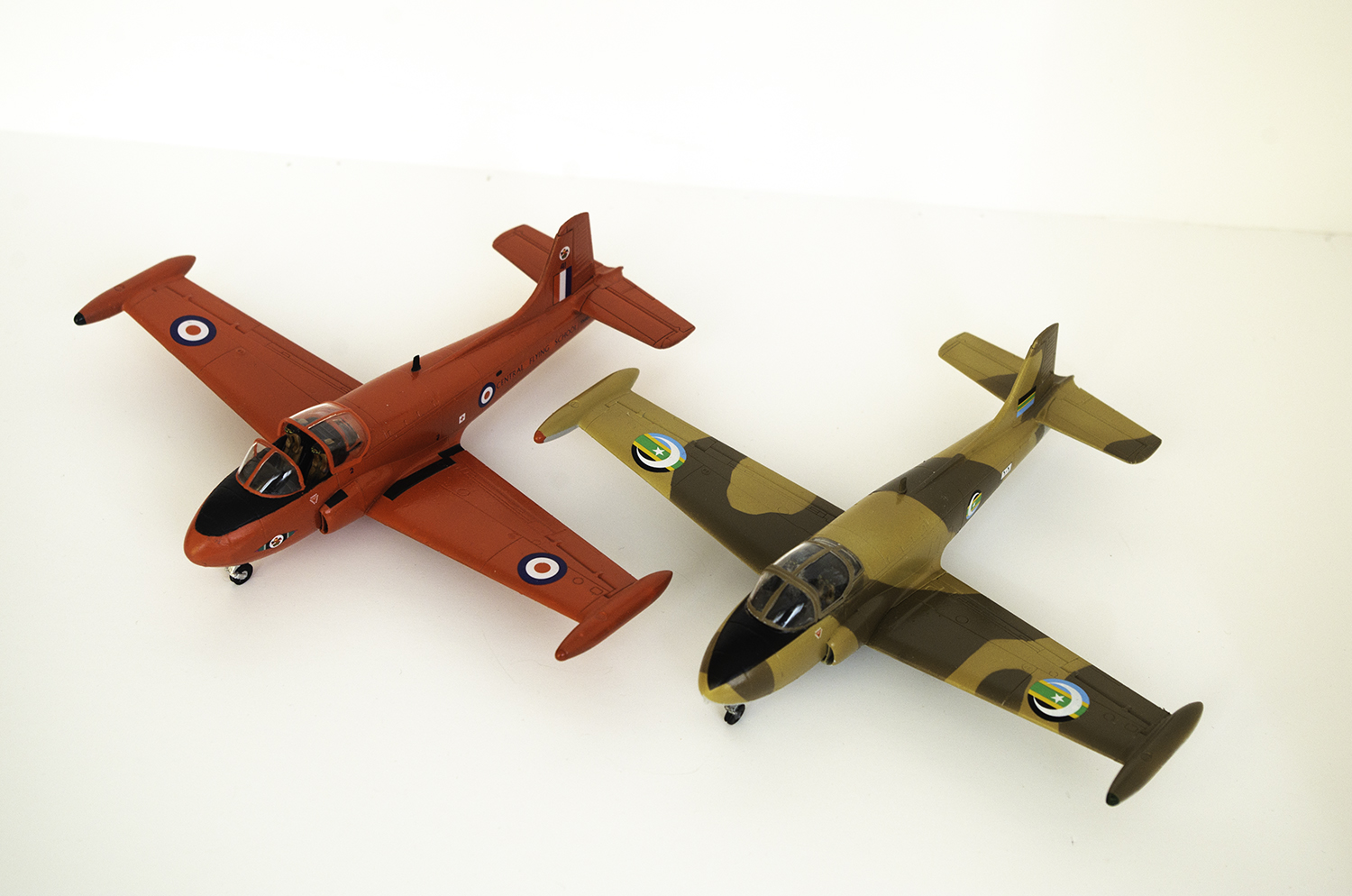