Managed to pick up 2 P-51D Mustang starter sets earlier in the year for £4.99 each from Aldi. The good thing about the P-51D, is that it was still in use during the early part of the Cold War, especially in Korea.

So after getting the 2 and adding them to my stash, the next step was to find some suitable decals for them. I came across a set by a company called Print Scale. Was so pleased to find a set that had a good mixture of options, that I did an impulsive purchase, without doing any research on the quality of the decals.

Well when they arrived, I was quite surprised to see that the US ‘bars and stars’ plus the Korean equivilent were tout of register! Looking at the photos on the small instruction leaflet of aircraft in Korea, the Korean markings do actual look out of register, but the US were not.

The build of the Mustang did not throw up any nasty surprises, fit was generally quite good. Only issues I had with the build were the under carriage was a bit fiddly and feels flimsy, the front windscreen was not a good fit, but that may be more down to me, and the aerial could not be removed from the spru tree without breaking.

A first for me with this build was using Tamiya acrylics for spraying, and I must admit, I was really pleased with how easy the Tamiya paints were to spary, will certainly be moving over to them when I can.

Now back to the decals, they are a complete pain to use, very thin (which is a good thing), but fold over as soon as you try to remove them from the backing sheet, so much care was required when appying them. 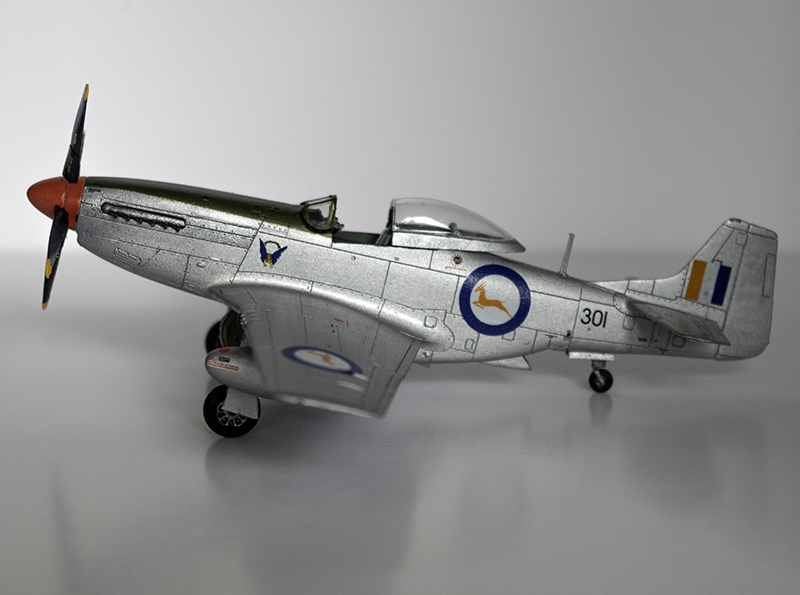 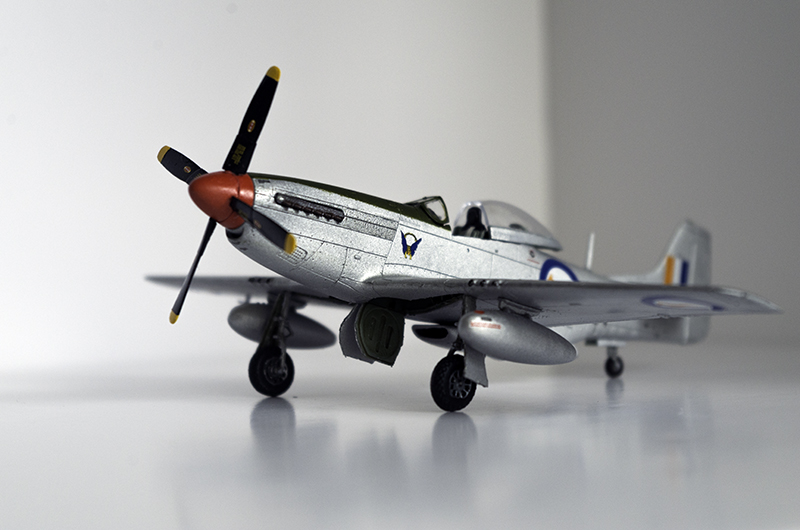 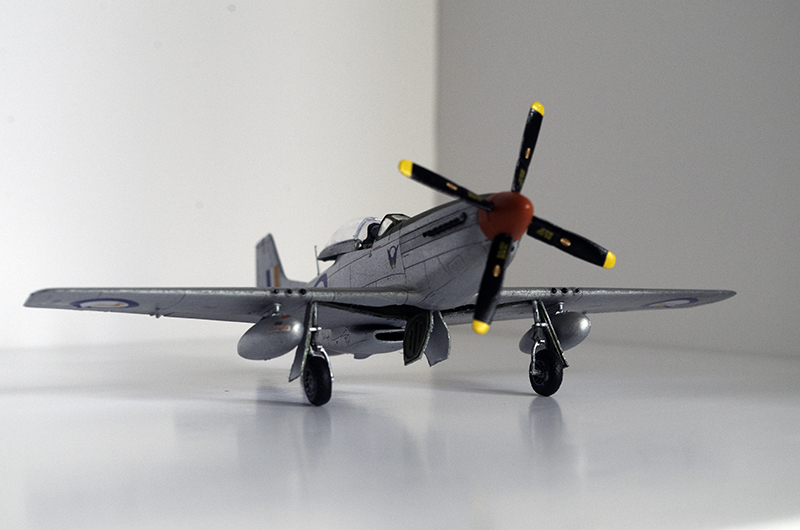 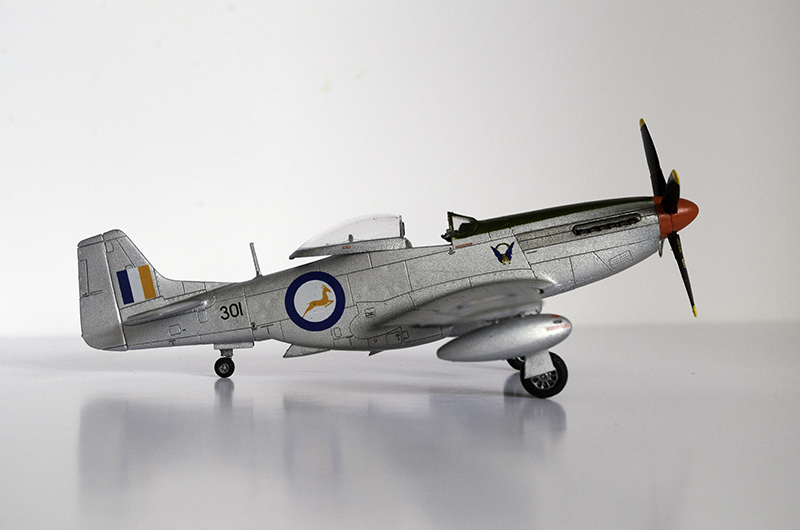 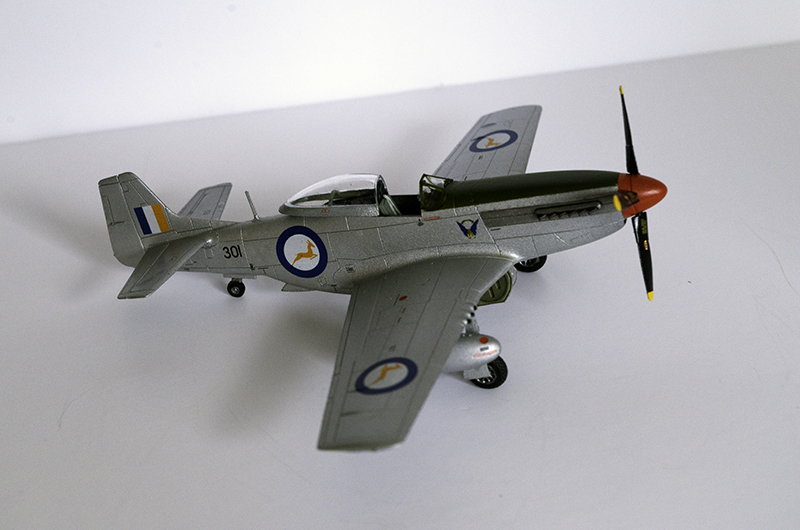 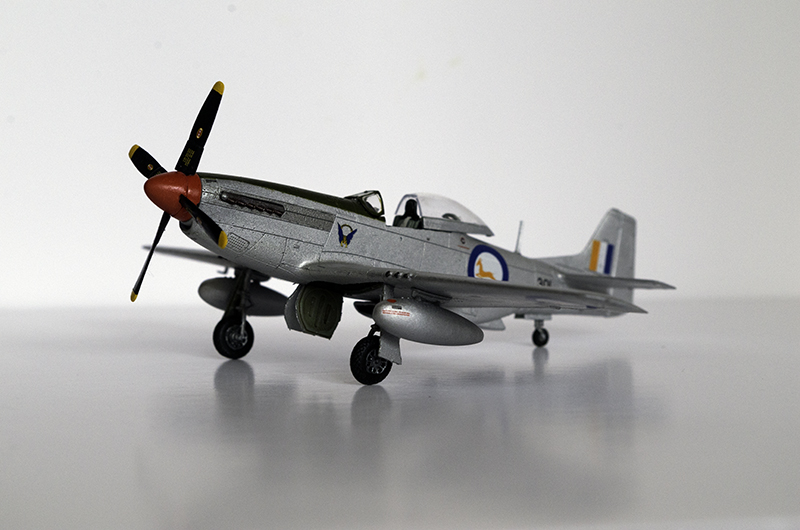 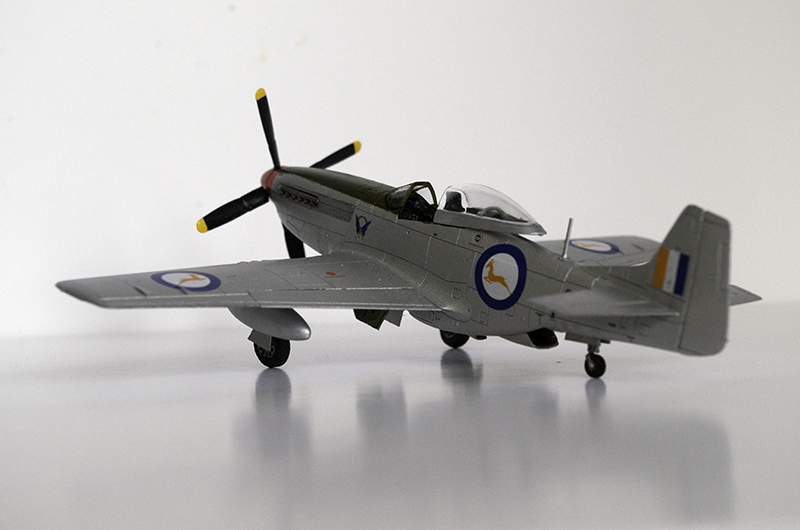