The McDonnell Douglas F-4 Phantom II has to be one of my favourite military aircraft, if not my most favourite.

Developed from the YF4H-1 prototype for an improvement to the F3H Demon as a long range interceptor/fighter/bomber for the US Navy in 1958.

As with all new aircraft, there was a period of training and conversion for current Navy aircrew. These roles were undertaken by VF-101 and VF-121 Pacemakers, during most of 1960 and part of 1961.

The first operational US Navy units were VF-74 Be-devilers and VF-114 Aardvarks in mid 1961.

US Marines started to use the F-4 in June 1962, VMFA-34 Black Knights becoming the first operational Marine unit.

First operational US Airforce unit was the 12th Tactical Fighter Wing in 1964.

The F-4A was the F4H1-F re-designated to F-4A. The “F” in the earlier designation, indicating different engine from subsequent Phantom production.  F-4A’s served mostly in a conversion and training role with the US Navy.

The F-4B was a re-designation of the original F-4H1-1 and future production versions of that model.

F-4B’s were involved in the “Cuban Missile” crisis on board the USS Independence and the USS Enterprise (Oct 1962).

Very first air to air combat for the F-4B, was against Chinese Mig-17’s near Hainan Island in April 1965.

Pahntom F-4C (originally designated by the USAF as the F-110), entered service with the USAF in 1964 with the 12th Tactical Fighter Wing (TFW).

The F-4D, an improved version of the F-4C for the USAF.

First USAF operators were the 36th TFW based at Bitburg, West Germany in December 1965.

Other air forces have operated the F-4D, the, what was Imperial Iranian Air Force (32 F-4D’s). First delivered in 1967, and some possibly saw action during the 1980 Iran/Iraq conflict. The other operator being the Republic of Korea (42 F-4D’s), first delivered in 1968.

F-4E was the first cannon armed Phantom, and the most numerous built and used Phantom.

Entering service with the USAF in late 1967. In November 1968 the F-4E units arrived in the Vietnam conflict, this being the 40th Tactical Fighter Squadron. On arrival the 40th TFS was re-designated the 469th TFS. Air to air kills during the Vietnam war by F-4E’s totalled 21 aircraft.

The F-4E has been the most exported version of the Phantom, and has been, or is currently operated by 7 air forces.

Iran, originally an order for 208 by the Imperial Iranian Airforce, but only 177 delivered before the revolution. As with the F-4D, it is not known how many are still in operation or saw combat in 1980 against Iraq.

Australia, the RAAF operated 24 F-4E’s as a stop gap until their order for the General Dynamics F-111C was fulfilled.

The F-4F, an export version of the F-4E for the West German Luftwaffe. Since September 1973, 175 F-4F’s have been operated by the Luftwaffe, in both the air defence role and in the ground attack role. From 1980 to 1983, the Luftwaffe Phantoms were upgraded and modernised. During the 1990’s, the fleet was again upgraded and is due to be replaced by the Euro fighter (2012). 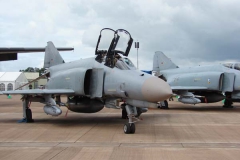 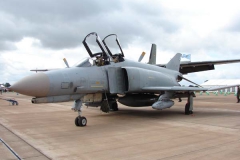 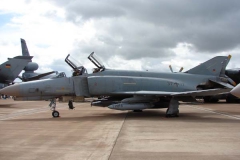 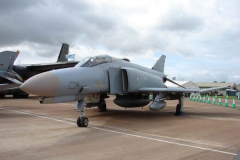 The final USN and USMC version of the venerable Phantom, and a replacement for the F-4B. Between them the USN and USMC operated a total of 522 F-4J’s. First USN unit being FV-101 in October 1966.

Used in the Vietnam conflict by both maritime services, and being the only USNC aircraft to claim an air to air combat kill, when an F-4J from VFMA-333, downed a Mig21.

A handful of F-4J’s were converted to EF-4J’s for the Electronic Counter Measures (ECM) role.

The F-4J stayed in USN service till the mid 70’s when they were started to be replaced by the F-4S of F-14 Tomcats. The last unit finally upgrading in 1982.

The only overseas operator of the F-4J was the RAF, which purchased 15 F-4J’s for the air defence of the Falkland Islands, designated F-4J(UK).

An export version of the F-4J for the Royal Navy, but with British built Rolls Royce Spey 201 turbofan engines.

First and only operational Fleet Air Arm unit was 892 squadron in 1969, and embarking on HMS Ark Royal in 1970.

In 1978 all remaining RN Phantom FG MK1’s were transferred to the RAF with the scrapping of HMS Ark Royal and the disbandment of RN 892 squadron.

The FG Mk 1 Phantom served with the RAF till 1990 in the air defence role, when it was replaced by the Tornado F Mk3. 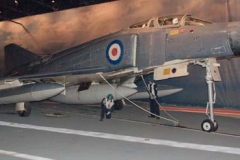 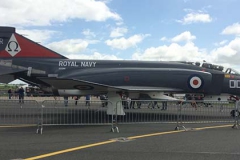 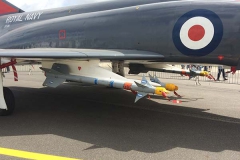 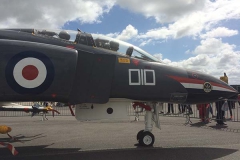 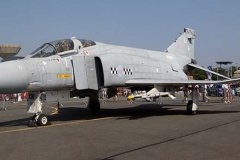 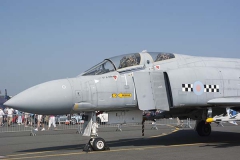 The RAF version of the Phantom (F-4J), but with the Rolls Royce Spey engine, of which 120 were operated by the RAF. First operational unit was No 6 Squadron in May 1969.

The Phantom FGR MK2 was initially operated in the Fighter, Ground Attack, Reconnaissance role with the RAF. However from the mid 1970’s the Phantom began to supplement the Lightning force in the air defence role, as the Sepcat Jaguar came into service in the Ground Attack/Recce role.

In the air defence role, the Phantom proved to be very capable but was eventually phased out from the late 1980’s by the Tornado F3. The final Phantom left RAF service in 1992. 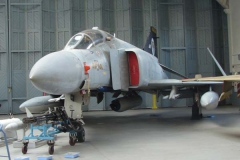 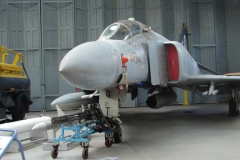 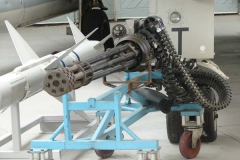 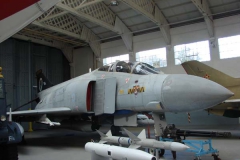 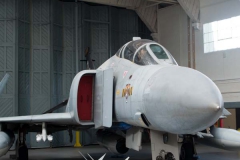 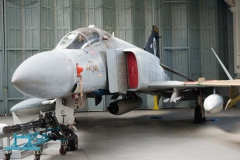 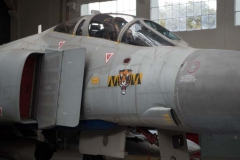 An F-4E for the Japanese Air Self Defence Force (JASDF), but built so that it could only perform an air defence role, as Japan was not allowed to produce any offensive capable equipment. Entering service in August 1962, and upgraded versions still continue to be operated. However the F-15 Eagle has replaced half of the JASDF force in the air defence role.